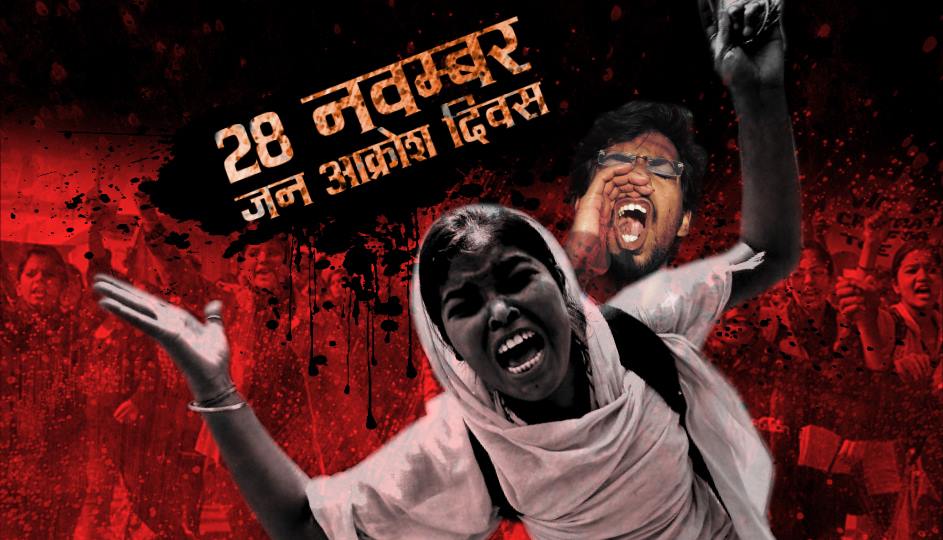 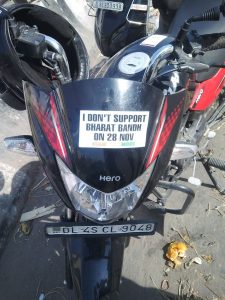 Auto rickshaw driver displaying NO Bandh sticker on his auto: 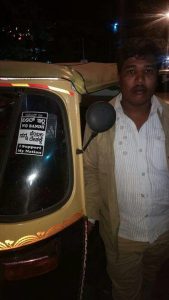 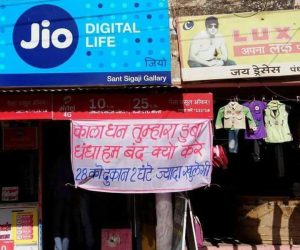 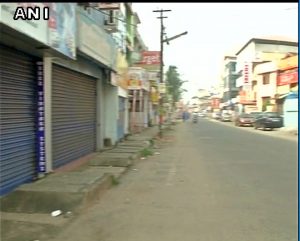 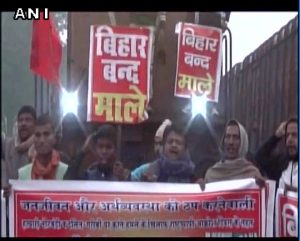