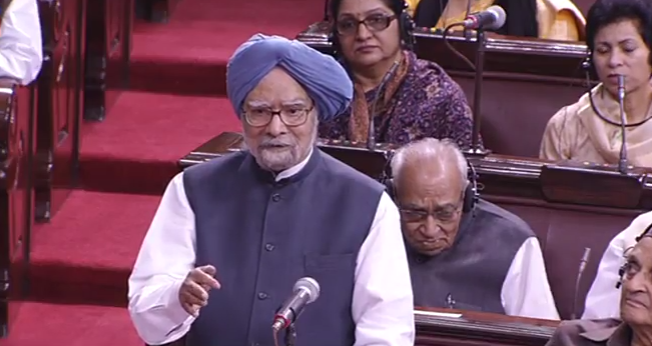 In unusually strong words, the cold-headed Singh called demonetisation “organised loot and legalised plunder,” adding that it was a “monumental management failure.”

ALSO READ: Logjam continues in the Parliament over Demonetisation

In the meanwhile, twitterati activated and tweeted on Manmohan Singh’s speech:

when mom is yelling at you but she kinda has a point pic.twitter.com/oS1hjUKHR0

What a boring speech by Manmohan Singh – full of facts, wisdom and humility. Unlike Modi’s..which is full of lies, cheap jokes and drama!

Two-time PM, Finance Minister, RBI Governor, Economics from Cambridge – that is Manmohan Singh. Knows more economics than BJP all together!

When u see you ex with new bf!! pic.twitter.com/CDJna3KubR