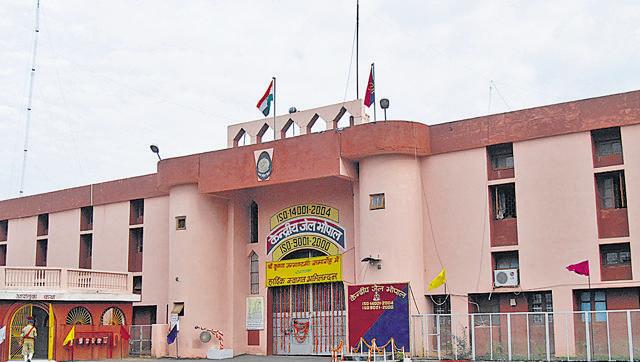 Bhopal: Eight SIMI activists who pulled off a daring prison break and escaped in the wee hours after killing a security guard at the Bhopal Central Jail were hunted down and killed in a police encounter on the city outskirts on Monday.

All the eight activists were killed by Bhopal Police at Malikheda on the city outskirts, Madhya Pradesh Home Minister Bhupendra Singh said.

Acting on the leads provided by locals, the cops tracked them down to Malikheda, where they were encircled and killed when they tried to challenge the police.

ALSO READ: How the United Nations agreed to observe Diwali

The activists of the banned Students Islamic Movement of India had managed to escape around 2-3 AM after killing a jail security guard and scaling the prison wall with the help of bed sheets, DIG Bhopal Raman Singh said.

Soon after the incident, the state government released their sketches and suspended four officials including Jail Superintendent Akhilesh Tomar. It had also announced a reward of Rs 5 lakh each on the heads of the activists.

This is the second major jail break by operatives of banned SIMI in three years after the sensational escape by seven members of the group from a jail in Khandwa in Madhya Pradesh in 2013.

The Union Home Ministry has sought a detailed report from the Madhya Pradesh government on the jailbreak whether there was any lapse on the part of the jail administration and the steps taken to check such incidents.

The central security agencies were particularly anxious as four of the seven SIMI activities, who escaped from a jail in Khandwa October 1, 2013, could be arrested only after three years and during the period of their hiding, the militants were involved in multiple incidents of terror and a bank robbery.

SIMI was banned by the government in 2001.