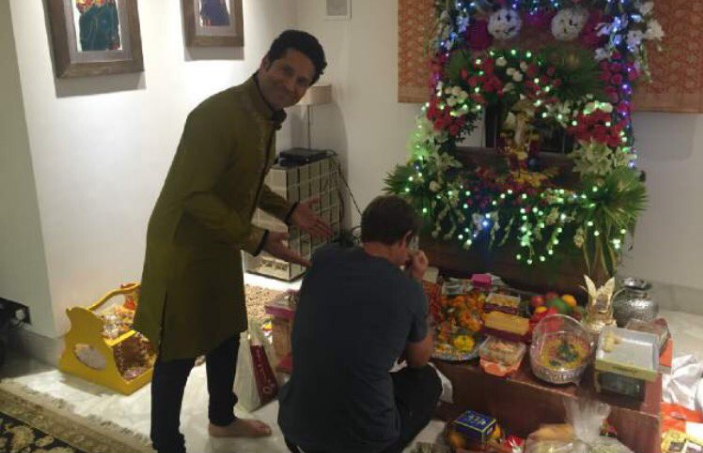 Legendary cricketer Sachin Tendulkar on Monday marked the festival of Ganesh Chaturthi, alike many other celebrities he welcomed Lord Ganesha to his home.

Being an active member of Twitterati, Tendulkar played a game with his twitter followers with this tweet:

Well, it was legendary South African cricketer, Jonty Rhodes, who visited Tendulkar to seek blessings, as later in another tweet he revealed with a caption; “Lovely to have the father of baby girl ‘India’ seeking blessings of the Lord! Always fun meeting” along with the image.

Lovely to have the father of baby girl ‘India’ seeking blessings of the Lord! Always fun meeting @JontyRhodes8 pic.twitter.com/xAJyf5mX8t