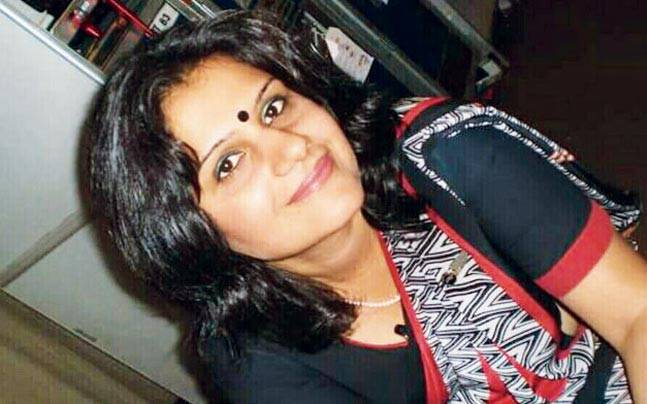 A 36-year-old air hostess, working with Air India, died in a road accident early today as her office cab rammed into another vehicle in a pile up on Rajokri flyover in South Delhi.
The deceased Shakambari Zutshi was travelling towards the airport from her home in Faridabad when her office cab met with an accident on NH-8 Rajokri flyover at around 4.30 am, police said.The Indigo cab she was riding in rammed into an Innova that had further hit into a truck that had suddenly applied
brakes on the flyover leading to the accident.

“The incident happened between 4.30- 5 am on the Rajokri flyover. The truck driver who was driving ahead of the two cars – Innova and Indigo – suddenly applied the brakes causing the Innova to ram into the truck and the Indigo to ram into the Innova,” said additional DCP-I (South) Nupur Prasad.
The impact of the accident was felt the most by Shakambari’s car since it was completely damaged. She succumbed during treatment but her driver continues to be in a critical condition and under observation at the hospital.
The occupants of the Innova car – a driver and a lady are also being treated for injuries. The truck driver immediately fled the site and police are looking for him.

A case under Section 304(A) of IPC (causing death by negligence) has been registered at the Vasant Kunj (South) police station. Shakambari is survived by her husband and a child. The air hostess was supposed to take a flight to Kolkata.
Her husband Rajeev Dhar is suffering from cancer. The deceased was taking shorter duration flights from Delhi so that she could spend maximum time with her sick husband, said her colleagues at Air India.
An Air India spokesperson expressed regret over the unfortunate incident and conveyed deepest condolences to the family. “We sincerely regret the unfortunate incident and express our deepest condolences to the family,” said the spokesperson.