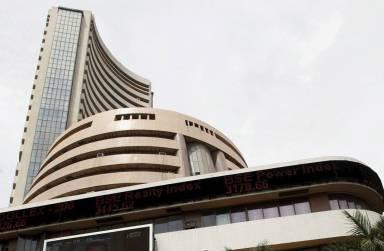 Market benchmark BSE Sensex advanced about 121 points to 27,928.76 in early trade Wednesday  on the back of positive macroeconomic data.

Besides, a firming trend in other Asian markets, tracking another record closing on the US markets in yesterday’s trade, buoyed sentiment.
The 30-share barometer spurted 120.62 points or 0.43 per cent to 27,928.76 with all the sectoral indices, led by metal, oil&gas, PSU and power, rising up to 1.51 per cent.

The gauge had gained 681.24 points in the previous two days.

Brokers said buying activity picked up on positive economic data as industrial production expanded at 1.2 per cent in May after a revised reading of -1.3 per cent in April, mainly due to uptick in consumer durables output.

However, retail inflation inching up to a 22-month high level of 5.77 per cent in June restricted the gains, they said.

Among other Asian markets, Japan’s Nikkei rose 1 per cent while Hong Kong’s Hang Seng was up 0.47 per cent in early trade. China’s Shanghai Composite index rose 0.29 per cent.

The US Dow Jones Industrial Average had gained 0.66 per cent to close at record high in yesterday’s trade.