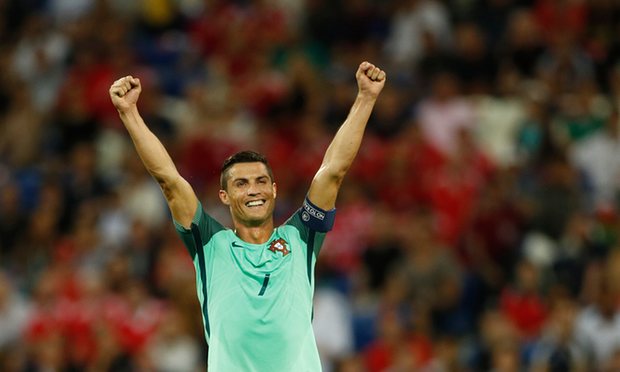 EURO 2016 had been a smooth ride for Wales, but for the Semi Finals, Portugal beat Wales 2-0 to enter the final.

Portugal’s Cristiano Ronaldo scored one goal in the Euro 2016 semifinal with a header in the 50th minute. It was his ninth-career goal at the European Championships, tying the mark held by France’s Michel Platini.

PORTUGAL WON!!! WE ARE GOING TO THE FINAL!!! #POR pic.twitter.com/8ztbURpNBd

After a tense and tactical first half, Ronaldo broke the deadlock five minutes into the second half when he leapt majestically to head Raphael Guerreiro’s pinpoint cross into the net following a short corner.

Ronaldo inadvertently set up the second three minutes later with a miss-hit shot which Nani deflected into past Wales goalkeeper Wayne Hennessey.

Despite all criticism, #POR will play the final of #EURO2016. The result is what really counts in football.

Portugal, who also reached the European Championship final in 2004 when they lost to Greece, will play Germany or France in the final on Sunday.