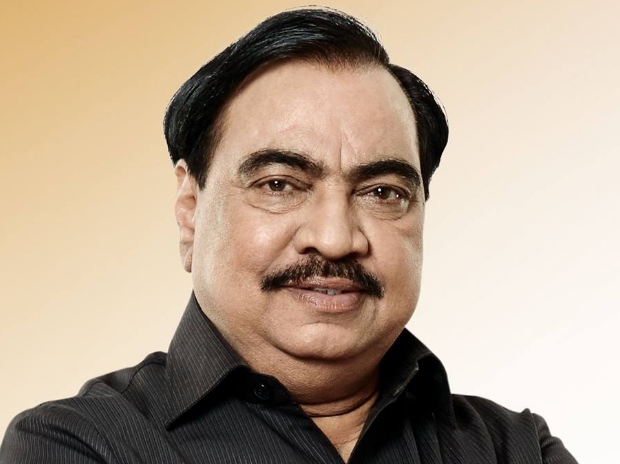 Mumbai: After having a meeting with  CM Devendra Fadnavis earlier today the Maharashtra revenue minister Eknath Khadse had finally resigned due to immense pressure over exposed land scam recently.

According to report, he is in a spot over the purchase of a three-acreMaharashtra Industrial Development Corp land in Pune allegedly at a low price of around Rs 3.75 crore from its original owner in the name of his wife and son-in-law. The market value of the land is reportedly Rs 40 crore.

However the minister denies the allegations against him stating them to be false and lame. He maintained he was ready to face punishment if found guilty of wrongdoing. Khadse is the first minister in Narendra Modi government to resign over corruption charges.

Besides the land deal, Khadse is also under the scanner after his mobile number reportedly appeared in the call records of fugitive don Dawood Ibrahim.

Fadnavis had earlier met Prime Minister Narendra Modi and BJP chief Amit Shah in New Delhi on Thursday. A report was also submitted to the party’s central leadership on the issue.

As per the report,  Khadse has said he bought the land from a private party and paid stamp duty on the market value. The three-acre plot was bought in names of Khadse’s wife Mandakini and son-in-law Girish Chaudhari for Rs 3.75 crore when the market rate was nearly Rs 30 crore.