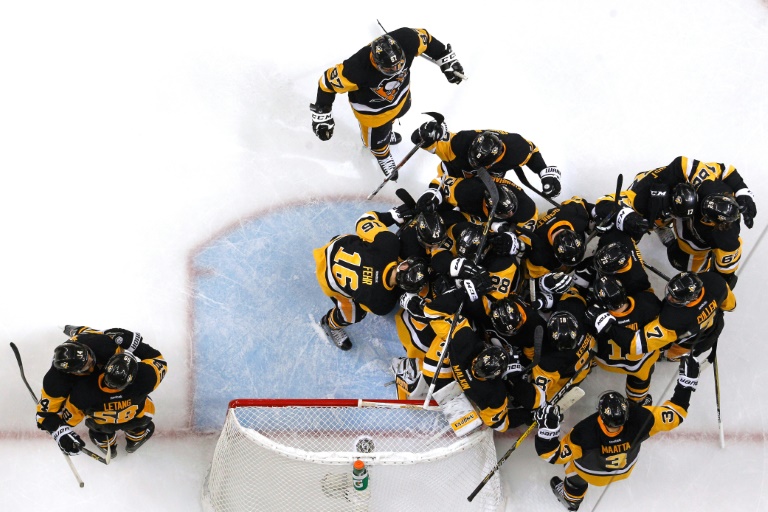 The Pittsburgh Penguins punched their ticket to the Stanley Cup final Thursday with a 2-1 victory over the Tampa Bay Lightning in the deciding seventh game of their Eastern Conference playoff series.

The Penguins begin the best-of-seven championship on Monday when they host the San Jose Sharks, who beat the St. Louis Blues in six games in the other NHL semi-final.

“The third period was electric. It was the loudest I’ve heard a building in all my years in this league,” said Penguins coach Mike Sullivan of the crowd of 18,600 at the Penguins’ Consol Energy Center.

Pittsburgh is back in the Stanley Cup final for the fifth time overall, and the Sharks are in it for the first time in franchise history.

“It is going to be fast hockey,” said Penguins forward Sidney Crosby of the next round.

American right winger Bryan Rust scored both goals for the Penguins, who will be playing in their first final in seven years as they won three of the first four they appeared in.

Rookie goalie Matt Murray stopped 16 or 17 shots as the Penguins finished off a comeback from a 3-2 series deficit to deny the Lightning a return trip to the finals.

Murray is now 11-4 in the playoffs after heading into the postseason as the team’s backup netminder.

Tampa Bay got an emotional lift from the surprise return of captain Steven Stamkos, who played for the first time since March 31 after developing a blood clot near his neck. But his impact Thursday was minimal.

Rust is one of the Penguins’ young guns who are battling for ice time behind superstars Crosby and Evgeni Malkin — the lone holdovers from Pittsburgh’s 2009 Stanley Cup winning team.

After a scoreless first period in which shots and scoring opportunities were scarce, everything changed in the second period. Rust beat Tampa’s Russian netminder Andrei Vasilevskiy after being left by himself in the lightning zone at 1:55.

Canadian forward Jonathan Drouin managed to tie it midway through the period with his fifth of the playoffs.

Rust answered just 30 seconds later with his fifth of the playoffs.

Besides missing Stamkos for most of the series, Tampa Bay also had to play without Vezina Trophy finalist goaltender Ben Bishop, who has been out with an undisclosed injury since the first period of game one.