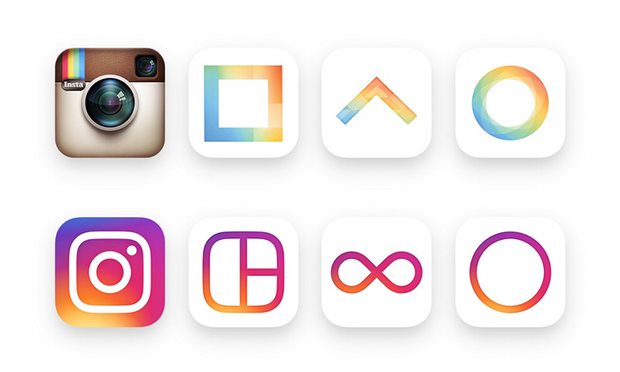 Instagram finally changed its app icon this week and, boy, did the Internet react. The iconic instant camera icon — with a glass lens, viewfinder, brown leather wrap and rainbow, alongside the word “Insta” in the corner is gone.
Surely you’ve seen by now, it’s been replaced with a simplified glyph in the shape of a camera outlined in white and set on top of a yellow-orange-red-pink-purple gradient.

Also Read: 11 sunsets to experience before you die

According to reports, Instagram recently said that, during the creative process of flattening the icon, it wanted to make sure the updated look was still recognizable. But my issue is it’s too minimal and the gradient choice is too loud.
Though the old icon was a remaining vestige of skeuomorphic design (digital designs that resemble physical objects to make them more relatable and familiar), there was something very calming about seeing it on your homescreen and then tapping on it. Whether that was because of the brown upper-third portion of the icon (warmer colors are known to be more relaxing) or the old-school lens and viewfinder design inspired by old instant cameras, the app icon didn’t feel like it was ever in your face.

Also Read: The Zoo where HUMANS are caged

The new icon does. It’s screaming for attention. OPEN ME! (Like we don’t already compulsively check Instagram 20 million times a day anyway.) The new icon’s loud design is intentional; its designers feared a bare bones icon would get lumped in with other camera apps.

The only real app that sticks out is Snapchat and its yellow icon. And now the new Instagram icon sticks out like a sore thumb, too.

Perhaps the worst part, in my opinion, is how the app looks like it’s slanting to the left. It’s an optical illusion created from the bulbous camera glyph that sits inside of the less rounded and straighter app icon shape itself. The depth of the gradient only makes it all worse, furthering the visual slant trick.

The icon’s not the only thing that’s different if you updated to the latest version of the app — the UI is entirely new, too. It’s stripped of almost all of its color, and the blue has been replaced with black. Meanwhile, the notification icons are red and no longer orange.

The black and white design is supposed to not only put your photos and videos front and center (with fewer distracting elements around it), but also bring it in line with today’s modern interfaces that emphasize lots of white space and minimalism.