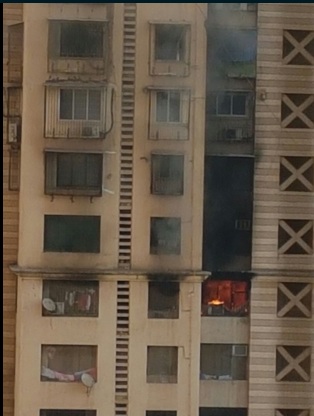 A fire broke out in a residential complex in Andheri (west) early today, officials said.

The blaze started at around 7.15 AM at Raheja Classic Towers in building number 4 situated opposite Infinity Mall on Link Road, said the officials of Disaster Control department (DC) of Municipal Corporation of Greater Mumbai.

There was no immediate report of any casualty.

Also Report: Odd Even Formula to return from April 15

Four fire engines and three water tankers were rushed to the spot to douse the fire, they said.

Fire brigade officials said that the fire that broke out on the 13th floor of the building is spreading due to strong winds.