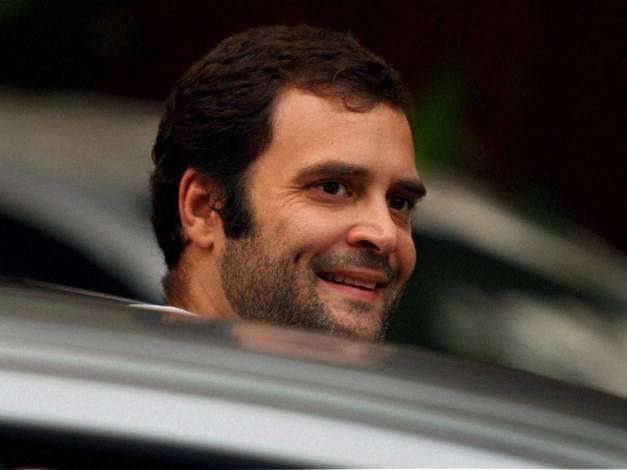 Baby got angry. ‘You call me and treat me as a baby, that’s why they call me a kid.’

‘Who dare call you a kid? Tell me. It is a very big national issue. I will raise this issue in the next session of the Parliament. I will ask my workers to demonstrate in front of the house of that person who calls the vice president of the oldest party a kid. Please don’t cry.’

‘Mom, why do you say I cry? It is because of this that they call me a cry-baby.’

‘This is worse. Who says that? This is a bigger national issue. Intolerance in this country is increasing day by day. As a leader of the oldest party of the country, I will not tolerate this. I will raise this issue also in the Parliament. I will not allow the Parliament to function if anyone calls the oldest party’s vice president and future Prime Minister of India a cry-baby. I will send my workers to demonstrate in front of the house of that person. Let me write down these two issues in my diary and please reminded me to read the diary when the Parliament session starts.’

The obedient son brought the diary and said, ‘Please add one more issue. Sometimes they call me Pappu.’

‘What does that mean? Is it an English word or a Hindi word?’
‘I don’t know that but it must be a derogatory word if they are using it for me.’

‘You are right. This is one more serious national issue. I have noted it too in my diary. Thanks for giving three national issues. These should be enough to paralyse the entire budget session of the Parliament.’

‘Anything for you, dear. Tell me, what I can do. I will take it as your wish for the New Year and will fulfil it, even if I have to paralyse not just the Parliament but the then entire nation. If necessary, I will go to the United Nations.’

‘Wait a minute. I can do anything for you but please don’t ask me to leave this great country. This country has given me a lot, though I too have given something great in return. I have given it a great leader, my son, who is the best person to be the Prime Minister. The great economist who was Prime Minister for 10 years said so publicly. Nor will I allow you to leave this country.’
‘You mean, now I can’t go abroad on sabbatical, as I have been doing?’

‘I don’t mean that, my child, err, my dear. I know, your sabbaticals are very important for you, for our great party and for our great country. I mean, please don’t think of leaving this country for good, even if intolerance becomes intolerable. Ask for anything else.’

‘Escape velocity? What’s that? I have heard you often using this term but I never got opportunity to ask you its meaning.’

Taking a deep breath, she resumed. ‘You know, I am not as educated as you are. I have not been to college. I was trying to learn English when your father brought me here and I had to work so hard to learn Hindi. It was so painful.’

‘Don’t worry, Mom. I will explain its meaning. Let me bring my diary where I have noted it.’

The son brought the diary and read: ‘Escape velocity is the minimum speed needed for an object to “break free” from the gravitational attraction of a massive body.’

‘Sorry, son. What you are telling me is more difficult than Hindi. Please explain in a simple language.’

Now it was time for the son to take deep breath. How to explain the meaning of such a difficult term in a simple language?

‘Let me try, Mom. Take my own example. For more than 45 years, I have been treated as a kid. I want to become a man, a grown-up man instantly. For that I need a big push, something that turns a kid into a man.’

‘I’m still unable to understand, my dear. What is the big push you want? I pushed you in politics. Can there be any bigger push?’

‘I’m talking of a different kind of big push. How to explain it to you?’ The son was finding it difficult to explain his concept to his mother.

‘Can your Patel uncle explain it in simple language?’ As usual the loving mother tried to make the son’s task easier.

‘I can’t say but I know Diggy uncle can. Recently, he himself acquired escape velocity, for the second time in life.’

‘Really? I did not know that. In any case, I’m not very happy with him. He has not been able to see corruption where I wanted him to see. If he had any problem, he should have dug deeper to find out. After all, his name is Diggy but he has disappointed me.’

‘Speak of the devil and the devil is here.’ Diggy uncle was walking in carrying a big Christmas gift. His new life partner was walking side-by-side. Both were smiling.

With folded hands, he said, ‘I know, Ma’am. You are angry with me but it was slip of tongue when I said that the man was not corrupt. If you order, I will issue a statement that he is the most corrupt man, even if I have to face defamation suit in a court.’

Ma’am appeared to be satisfied with the explanation but to give the impression that she had not pardoned him, she said, ‘I will pardon you if you can tell me what is the escape velocity which my son wants. He says that you acquired it recently second time in your life.’

Clever Diggy uncle understood it immediately but said, ‘Let me first talk to the Sir in private.’

He asked his wife to look after the Ma’am and took the Sir in a corner for private conversation. After talking for a few minutes, he understood. ‘Don’t worry, Sir. I will be able to explain it to the Ma’am.’

Coming to Ma’am, Diggy uncle said with a smile, ‘The puzzle is solved, Ma’am. As the Sir has rightly told you, escape velocity is the minimum speed needed for an object to “break free” from the gravitational attraction. When an unmarried person or a person who has lost his spouse says he needs escape velocity, it means, in simple language, that he wants to get married so that he escapes from the status of boy and acquires the status of man. The Sir wants to get married so that no one calls him a kid or a ‘cry-boy’. It is as simple as that.’

Ma’am got the shock of her life. She became speechless. After sometime, staring at her son, she said, ‘You want to get married? Really? I can’t believe my ears. My son, my only hope, the only hope of the oldest party of the country, the only hope of this great country, wants to get married before fulfilling my ambition, before achieving the goal of his life, the Prime Ministership of India! He should not forget that he is great grandson of a Prime Minister, that he is grandson of another Prime Minister and that he is the son of the third prime minister in the family. He has to maintain family tradition before thinking of anything else. ’

The nervous son looked at the uncle. The uncle put his hand on the back of the nephew. ‘Please don’t be nervous. Have courage. Such moments don’t come in life every day. If you have courage, you will get the escape velocity you desire and you need. Look at me. At this age, I demonstrated courage and look what I have achieved.’ Diggy uncle looked at his wife. Both looked at each other romantically.

The great mother who has sacrificed so much in life was looking at her son in utter disbelief. With great difficulty, she said, ‘The time has changed, my dear. Your great grandfather, your grandmother and your father did not have face any challenge to become Prime Minister. You have so many competitors. I’m trying my level best to remove the competitors. I have stopped Parliament from functioning and I will continue to do so until I see you occupying 7, Race Course Road. I don’t like the present occupant of that bungalow’

Mom knew that when he folds sleeves of his kurta, he does not listen to anyone. She understood that she had very limited time.

What will she do? Will she fulfill her son’s New Year Wish? Any guess?

(The author is a former Indian Revenue Service officer. The views expressed are personal)