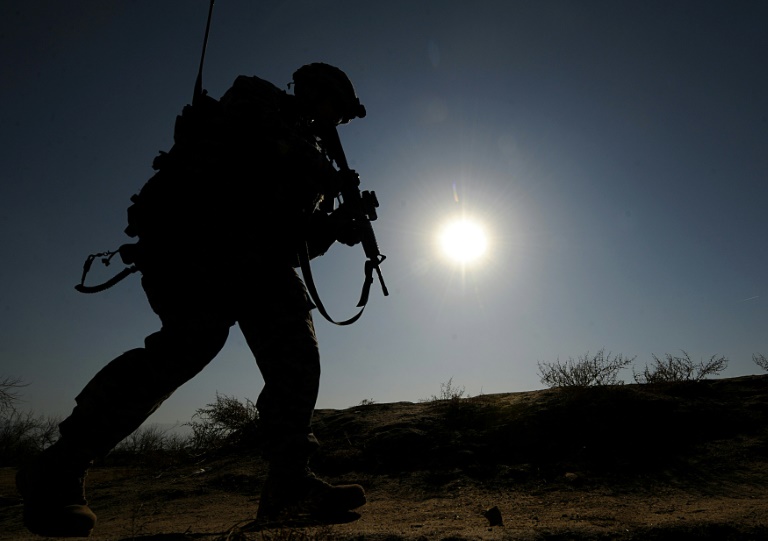 The military coalition did not disclose the nationality of the soldiers killed in the attack outside Bagram airbase, which highlights a worsening security situation a year after the NATO combat mission ended.

“Six service members were killed in a vehicle-borne improvised explosive device attack in the vicinity of Bagram Air Field,” a NATO spokesman in Kabul told AFP.

The Taliban claimed responsibility for the bombing, which marks one of the deadliest attacks on foreign troops in Afghanistan this year and coincides with a fierce militant offensive to capture Sangin district in Helmand province.

“Fighting is escalating in the district.”

Rasoolyar’s comments come a day after he posted a desperate plea on Facebook to President Ashraf Ghani, warning the entire province was at risk of falling to the Taliban.

The grim assessment bore striking similarities to the security situation that led to the brief fall of the northern city of Kunduz in September — the biggest Taliban victory in 14 years of war.

The fall of Helmand would deal another stinging blow to Afghan forces who have struggled to rein in the ascendant insurgency without the full backing of NATO forces.

The government in Kabul said reinforcements had been dispatched to Sangin, while strongly denying that the district was at risk of being captured.

But trapped residents told AFP that roads to Sangin had been heavily mined by insurgents and exhausted soldiers besieged in government buildings were begging for food rations.

All but two of Helmand’s 14 districts are effectively controlled or heavily contested by Taliban insurgents, officials said.

Insurgents also recently overran Babaji, a suburb of the provincial capital Lashkar Gah, fuelling concern that the city could fall to the insurgents.

Highlighting the gravity of the situation, US special forces have been sent to Helmand in recent weeks to assist Afghan forces, a senior Western official told AFP without offering details.

Sangin, a strategically important district at the centre of Afghanistan’s lucrative opium trade, has been the scene of fierce fighting for years between the Taliban and NATO forces.

British troops fought deadly battles in Sangin for four years to little effect, before US marines replaced them in late 2010 and finally pulled out themselves last year.

“The Taliban onslaught in Sangin is not just a military gain but also a huge propaganda score for the insurgents,” Kabul-based political analyst Haroon Mir told AFP.

“The British and Americans bled to defend Sangin district and now Afghan forces are suffering the same fate.”

This month marks a year since the US-led NATO mission in Afghanistan transitioned into an Afghan-led operation, with allied nations assisting in training local forces.

President Barack Obama in October announced that thousands of US troops would remain in Afghanistan past 2016, backpedalling on previous plans to reduce the force and acknowledging that Afghan forces are not ready to stand alone.