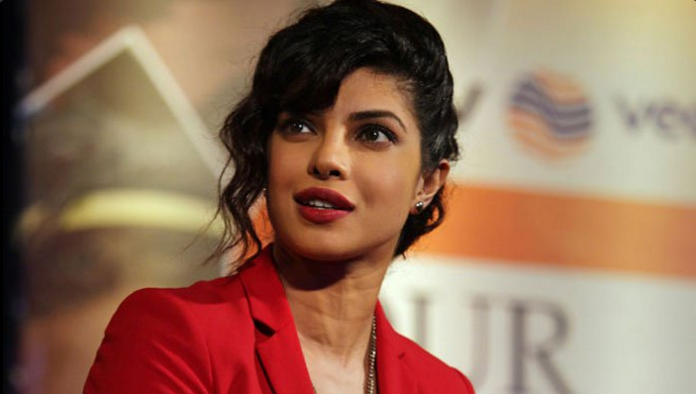 London: Priyanka Chopra is on a roll. Not just has she won the hearts of the audience with her role in Quantico, she also managed to beat global competition to retain her title as the “Sexiest Asian Woman” in an annual UK poll.

33-year old singer-cum-actress came out on top following millions of votes pouring in from across the globe on social media for the 2015 edition of the popular ’50 Sexiest Asian Women’ poll conducted by London-based weekly newspaper ‘Eastern Eye.

“Now that’s a title I’m happy to hold on to. I’m bringing sexy back! A big thank you to everyone who’s voted for me. Thank you also to ‘Eastern Eye’ for making me feel ‘sexy’; well, at least for another year. A piece of advice to the ladies – it’s all in the mind. Remember, sexy is as sexy does,” said Chopra.

This is the third time in the past four years that Chopra, who has been making waves with her role as an FBI recruit in American television thriller “Quantico”, topped the list. The win rounds off a dream year for the former Miss World, which includes winning all-round praise for her 2014 film “Mary Kom” and 2015 box-office hit “Dil Dhadakne Do”.

“Priyanka Chopra is doing India proud on the global stage and winning loads of admirers. This was illustrated by the largest-ever number of votes by non-Asians that she received from all over the world. She is clearly building bridges internationally through her art and will continue to do so in the coming years. And by excelling in TV, film and music, the multi-talented actress has shown just how far hard work can take you,” said Asjad Nazir, ‘Eastern Eye’ entertainment editor and founder of the list.

The mass interest in the list, now in its 12th year, was such that it was trending on Twitter across India and Pakistan during the voting process.

The highest placed British woman is once again TV actress Jasmin Walia (28) and Canadian actress Hannah Simone (35), a newcomer in the list, is the highest-placed North American. Madhuri Dixit, 48, is the oldest lady in the 2015 countdown ranked 44th and 20-year-old actress Radhika Madan is the youngest, ranked 24th.

The complete ’50 Sexiest Asian Women’ 2015 list, which is compiled from votes on social media, will come on Friday.