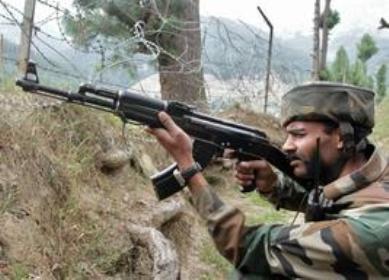 Baramulla: In what can be termed as yet another bid to foil the plans of anti-social elements, our Army jawans gunned down a militant in Baramulla.

One militant was killed and two Army jawans were injured in a gun battle between security forces and terrorists in Kunzer area of Tangmarg in Jammu and Kashmir’s Baramulla District on Wednesday.

The encounter is still underway and the Army has cordoned off the area.