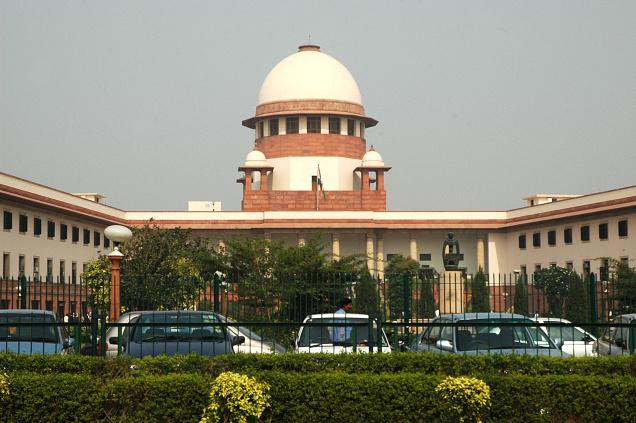 Supreme Court has pronounced its verdict on NJAC Act. In a landmark judgement,the Apex Court has declared NJAC as unconstitutional and the court ruled that collegium system of appointment will continue.

The much awaited verdict has a significant impact as the government will not have any say in the anointment of judges. You can read the full judgement here.

Expressing his dissatisfaction to the judgement, the Union Law Minister, Sadanand Gowda said that he is quite surprised at the verdict.

Union Minister Ravi Shankar Prasad said that this judgement is a setback for Parliament.

Attorney General Mukul Rohatgi said that it was decided that Collegium system will be brought back, to make system better.

The apex court will consider suggestions to improve the collegium system on November 3.

While delivering the 4-1 majority verdict, the court also rejected the plea of the Central government that the petitions challenging the NJAC Act be referred to a larger bench.

A five-judge bench headed by Justice J S Khehar had reserved its judgement on July 15th after a marathon hearing for 31 days on the issue of validity of the 99th Constitutional amendment and the NJAC Act.

The petitions challenging the new legislation were filed by Supreme Court Advocates on Record Association (SCAORA) and others contending that the new law on the selection and appointment of judges is unconstitutional and aimed at hurting the independence of judiciary.

However, the Centre had defended the introduction of the new law saying that the two-decade-old collegium system where judges appointed judges was not free from defects and got the support of the Supreme Court Bar Association.

Reactions from lawyers across the country are pouring thick and fast: 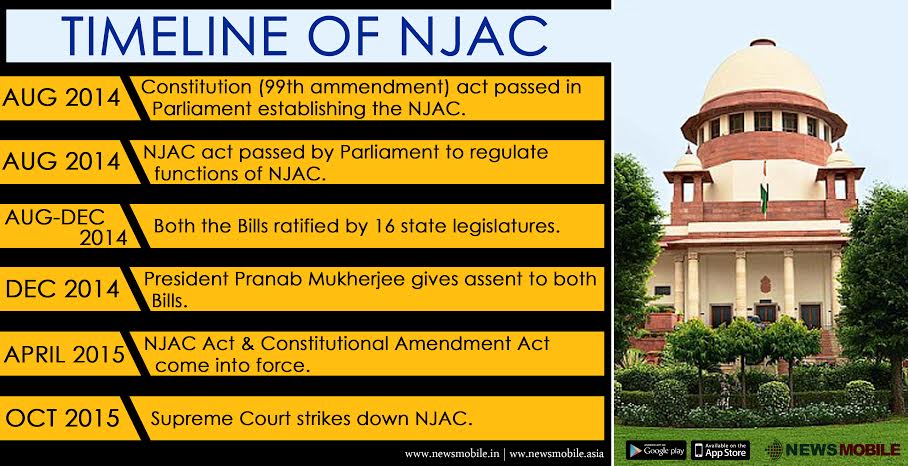