“On October 2 (1869), a person was not born in Porbandar but an era was born,” the PM said while unveiling a bronze 2.5-metre long statue of Gandhi at Roma Street Parkland in this city in Australia’s south-eastern state of Queensland.

“I firmly believe that Mahatma Gandhi is as relevant today as he was during his time,” he added.

“The world is grappling with two major challenges â€“ terrorism and global warming â€“ and these problems were causing anxiety,” he said, noting that at the G20 Summit leaders spent a considerable time discussing these issues. “If we look at Gandhi’s life and his teachings, then we will be able to find solutions to the problems that the world faces today,” he said.

“Gandhi believed not only in one’s acts but in words also one should be non-violent. He believed that we should not hurt anyone verbally, leave aside using arms,” Modi said. “Had the world internalised Gandhi’s teachings of Ahimsa, the holier-than-thou using more and more force then I think, we could have solved many of the problems,” Modi said, pointing out that ‘Respect for everyone, equality for all’ is the only way forward for the world.

“Today, there are entities using more and more weapons and innocent lives are being lost, this could have been avoided and we could have saved the world from its fallout. Ahimsa or non-violence was not merely a tool to fight against the British, but was “an article of faith”, he said.

The Prime Minister said Gandhi always preached love for the nature and his own lifestyle reflected this concern.

“At the heart of Global warming is man’s insatiable desire to exploit mother nature for centuries. That is what which has led to the problem,” Modi said. “Had we judiciously used the nature, world would have been spared the horror of exploitation of nature,” he said, adding that “slowly but positively the world is realising the larger message of Gandhi.” 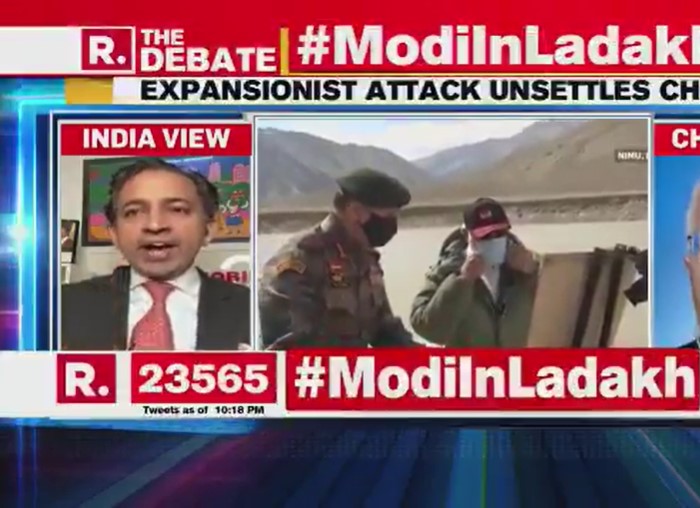