Home Face Off Fighting the Fittest 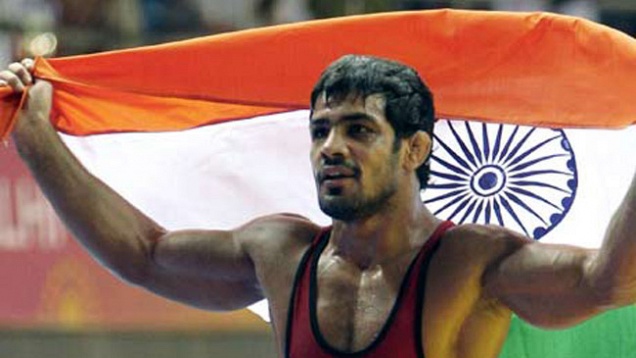 Indiaâ€™s wrestling champion Sushil Kumar Solanki has risen to become one of the most sought after sportspersons of the country. He created history, becoming the first Indian to win a gold medal at FILAÂ 2010 World Wrestling Championships.

Solanki’s tough fight has seen him become an Olympics Bronze and Silver medallist from a boy growing up in a village in South West Delhi.

He has received the most prestigious sports accolades of the nation, including the Arjuna award in 2006 and the Rajiv Gandhi Khel Ratna in 2009.

Sushil Kumar was born on May 26 1983 in the village ofÂ Baprola. Kumar’s father, Diwan Singh, was a DTC bus driver and mother Kamla Devi a housewife.

He was inspired to take up wrestling by his cousin Sandeep, and his father who was himself a wrestler.

Kumar was trained with little resources due to limited funds; Sushil endured tough training conditions which included sharing a mattress with a fellow wrestler and sharing a dormitory with twenty others. Â Â Â

At the age of 18 he became state champ. His first success came at the World Cadet Games in 1998 where he won the gold medal in his weight category. He followed this up with gold in the Asian Junior Wrestling Championship in 2000.