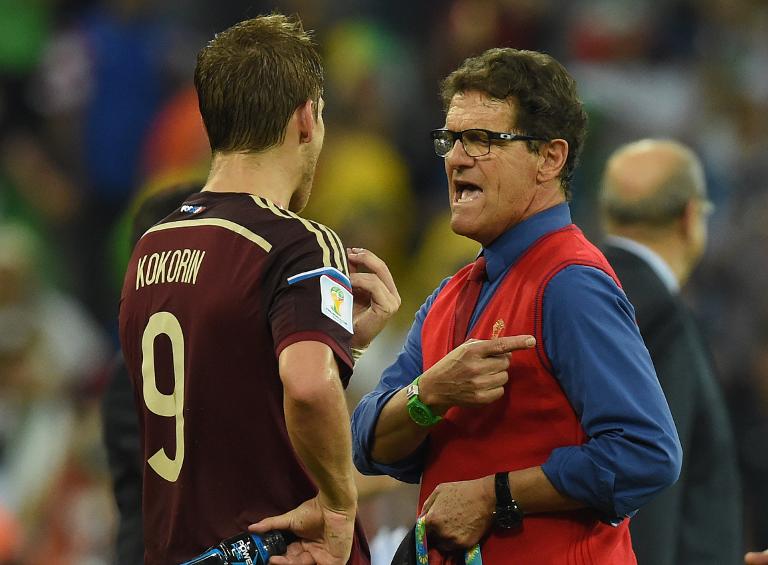 Russia, knocked out in the first round at the World Cup, needs younger players but generous league quotas on foreign players were curbing homegrown talent, coach Fabio Capello said on Wednesday.

“Russia were one of the most aged teams at the World Cup and definitely requires some fresh blood,” Capello told a news conference.

“I have been calling young players up during the World Cup qualifying campaign on a regular basis and I’m set to continue this practice in the future.”

But he added: “I cannot call up young players who have no regular match experience with their clubs.

“I need to see them in action with their clubs before I call up any of them onto the national side.

“But the existing league regulations, which allow the clubs to field up to seven foreign players for Russian league matches, closes the door for local young footballers.”

“Those four are the real candidates but I would like to have more young footballers at my disposal,” the former England boss lamented.

Capello has raised the possibility with Russian football chiefs about holding a training camp during the winter league break to assess the younger players.

The 68-year-old Italian coach has also blamed the pedestrian nature of the Russian league for Russia’s winless World Cup campaign.

“This year’s football feast in Brazil presented the world the samples of extremely speedy, very compact and aggressive football which our team unfortunately failed to match,” he said.

“Our footballers are all playing in the domestic league. They’re not accustomed to play at the speed which is required to reach a success at the international level. This is our team’s biggest problem.”

Capello said he tried to speed them up in training “but it’s impossible to up the tempo with just a snap of the fingers”.

Capello signed a new contract in January up to the 2018 World Cup hosted by Russia.

“Both RFU and the country’s sports ministry trust me,” Capello told the press.

“I’m set to continue my work in Russia. But I’m ready to resign in case I feel any kind of distrust from them.”