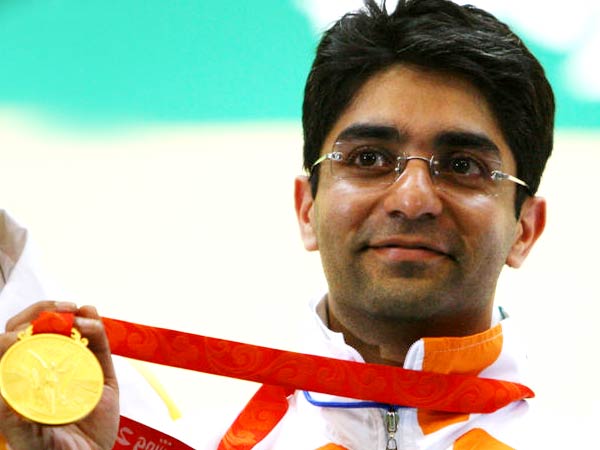 New Delhi: Former Olympic champion Abhinav Bindra won his first individual CWG gold in the 2014 Glasgow Games, when he dominated the finals of his pet event – men’s 10m air rifle – and won it by 3.2 points margin at the Barry Buddon Shooting Centre on Friday.

Bindra shot a total of 205.3 points to finish ahead of Bangladesh Abdullah Baki, who shot 202.1 points to claim the silver medal.

India’s Ravi Kumar finished a disappointing fourth, missing out on the podium by a whisker.

Earlier, India’s first medal from the shooting ranges in the 2014 Games came from 16-year-old Malaika Goel, who shot down a silver in the women’s 10m air pistol event, while her role model and former World No. 1 Heena Sidhu ended up a disappointing seventh.

World No.15 Malaika bagged the silver with a total of 197.1 points while the gold was clinched by unfancied Singaporean shooter Shun Xie Teo with a score of 198.6. The bronze went to Dorothy Ludwig of Canada with 177.2 points.

Both Heena, World No.4, and Malaika were the highest ranked shooters in the competition and expectations were high from them. Heena had won the silver in the 2010 edition in Delhi.

Malaika displayed raw talent and held her nerves to shoot her maiden Commonwealth Games medal. She finished fourth in the qualifying round while Heena faltered badly in the final round with a score of 95.8 and was eliminated after the fourth shot, despite topping the qualification round.

Malaika hails from the industrial town of Ludhiana in Punjab and broke into the top-15 in the world at the age of 16. Her best so far has been World No.13 in May.

Malaika, who is supported by Olympic Gold Quest, picked up the sport in 2008 when the country was celebrating its first individual Olympic medal, thanks to rifle shooter Abhinav Bindra’s exploits in Beijing in the 10m air rifle event. Bindra and Heena are Malaika’s role models.
Â