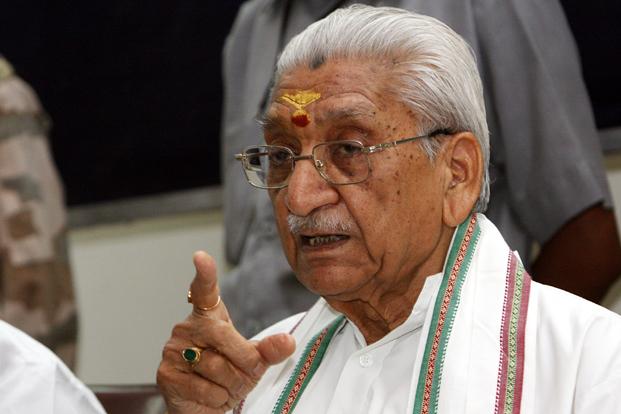 New Delhi: The Narendra Modi government seems to be getting migraine thanks to its allies in the sangh parivar. Now Vishwa Hindu Parishad convenor Ashok Singhal’s statement has stirred a hornetâ€™s nest that Bharatiya Janata Party’s victory in Lok Sabha polls 2014 was a â€œsetback to Muslim politicsâ€ has created a furore.Â Singhal said the recent general elections have shown that polls can be won without Muslim support, and that now the latter should learn to respect Hindus.

However, the VHP patron later came on record and said, â€œDays of divisive politics that some so-called secular parties play are over. There is no Hindutva agenda. In fact, I think there should be a Uniform Civil Code.”

Singhal’s comment garnered a lot of criticism from various political parties. Congress has not only condemned Singhal’s statement but also hit out at BJP.

Manish Tewari, the Congress leader, said the statement given by Singhal is â€œcondemnableâ€.Â  “The true colours of BJP and the extended Sangh family ‘pariwar’ are finally coming out in their true essence. The test of a democracy is not how you treat your majority; the test of a democracy is how you treat your minority. So, under those circumstances, to make a statement that is tantamount to saying that the minorities in India are second class citizens, and therefore, they should respect the majority, it is not only a complete anti-thesis of democracy, but is laying the foundations of making India into a Fascist state,” said Tewari.Â

Another Congressman Rajiv Shukla said Muslims and Hindus live together in India.Â “People like Ashok Singhal have been doing this politics for very long. This is the basis of their politics. To us, India is one, and every citizen of India has got the equal right to vote and elect the government. I don’t think even Modi would agree with his statement,” said Shukla.Â

When asked to share his views over Singhal’s interview, senior Shiv Sena leader and MP Sanjay Raut said India belonged to everyone and â€œeveryone is equalâ€. â€œThis time Muslim vote bank politics did not work,â€ Raut, however, added.Â
Â