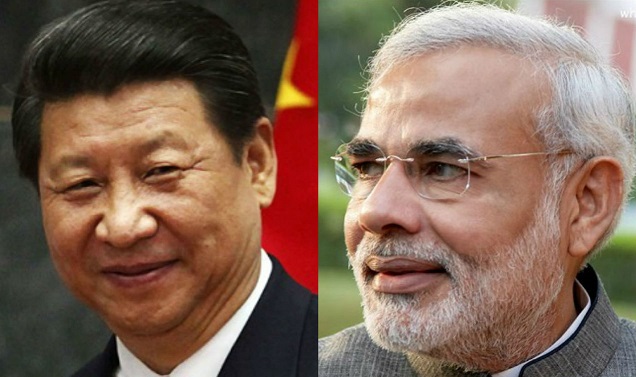 New Delhi:Â  Prime Minister Narendra Modi will be attending the two-day summit of five-nation BRICS forum in Brazil next week, on July 15 and 16, for his first multilateral meeting. He is likely to give a concrete shape to establishment of a Development Bank and pitch for reforms of the UN Security Council.

MEA official spokerperson Syed Akbaruddinâ€™s stated the groups important potential in terms of worldâ€™s land mass â€˜accounting for more than a quarter, with 40% of the worldâ€™s population, and a combined GDP of USD 24 trillion at PPPâ€™.

With three declared aspirants for permanent membership of the UN Security Council (including India), the nations will bring to forum the countries prospective with abundant, â€œnatural resources, financial resources, and consumers who are able to generate demand so as to be able to give momentum to manufacturing, innovation and technological advancementâ€
Â

Modi will also be meeting world leaders including Chinese President Xi Jinping and Russian President Vladimir Putin apart from leaders of South America. The BRICS has two permanent members of the UNSC (China and Russia).

Summit host and Brazilian President Dilma Rousseff has invited leaders of South American nations including those from Argentina, Bolivia, Ecuador, Paraguay, Uruguay, Venezuala and Surinam for the summit following on the footsteps of South Africa which invited African nations to the last year’s Summit in Durban.

Briefing reporters on the upcoming 6th Summit of Brazil, Russia, India, China and South Africa, Sujata Mehta, Secretary (Economic Relations) in the External Affairs Ministry said all matters related to the establishment of the bank were still under negotiation and a decision may be taken in Fortaleza, the north eastern coastal city of Brazil, on July 15. A Fortaleza declaration containing the summit outcomes is on the cards.

On July 16, the BRICS leaders will meet in capital Brasilia where the South American heads of government and state will join them for discussions.

The Durban summit had taken a decision to establish the BRICS bank for mobilising resources for infrastructure and sustainable development projects in the five countries and other emerging economies and developing nations. A Contingency Reserve Fund of USD 100 billion was decided in that summit.

One of the objectives of the BRICS bank, an establishment outside the framework of Brettonwoods institutions, would be to provide export credit guarantee for member nations and some developing countries, Mehta said in reply to questions.

Mehta said in reply to a question that liquidity crunch of member nations will also be an issue under discussion on the BRICS bank.

“We will be hoping for an endorsement of the need for UN Security Council reforms. Another important issue will be the approach towards the multilateral negotiations in the UN post-2015 agenda on sustainable development and millennium goals.”

Matters relating to WTO are also likely to be discussed in the summit.

Dinkar Khullar, Secretary (West) in the MEA, said the prime minister will have a wonderful opportunity for interaction with the South American leaders on the side-lines of the summit.

He said Modi has shown great interest in having a dialogue with all the leaders of South America. He has also said he was more concerned about substance than on ceremonials, Khullar said.

Discussions on the summit declaration among officials will begin from Monday and will be followed by ministerial meetings on July 14.