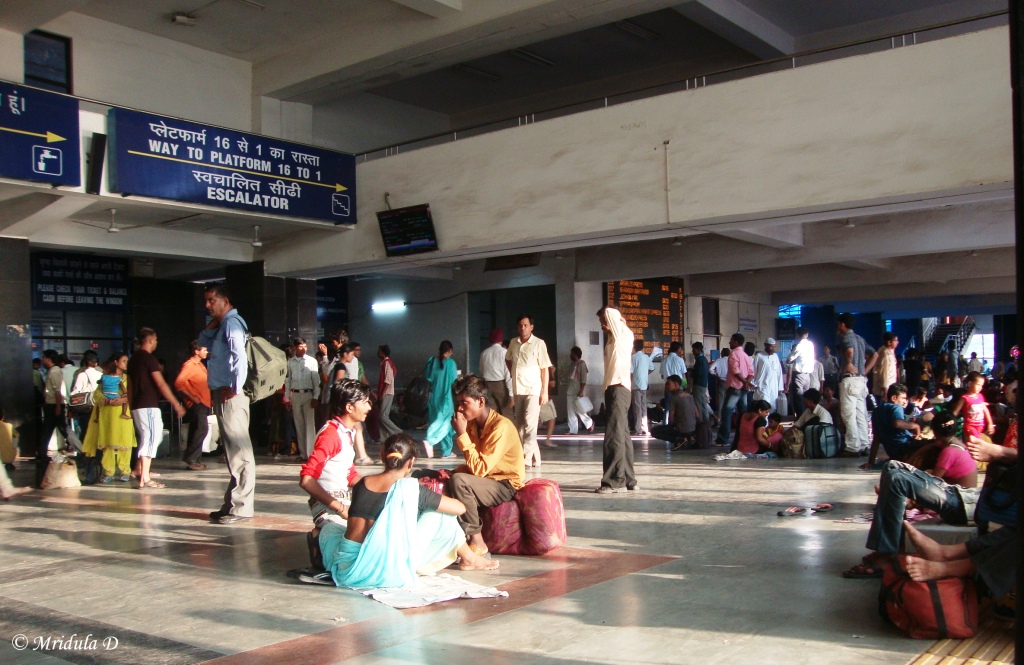 New Delhi: The New Delhi railway station has 16 platforms, six entry and exit points where 290 trains arrive daily with over 5 lakh passengers using the service every day. It is a crucial part of the capital which keeps the city running.

During a status check just ahead of the Railway Budget session 2014, it is seen that even though a slew of measures have been announced to secure the station from terror strikes, the stations remain as vulnerable as ever.

While the baggage scanner at the Ajmeri gate platform number 16 was not functional, the police constable stationed with a handheld metal detector check passengers but only half-heartedly. A lot of people move past the checking counters without getting their bags checked.

At another entry point, an entire cart full of luggage is easily brought into the station unscanned. Most porters don’t bother to put the luggage inside scanning machines. There could be anything inside these boxes but security personnel remain oblivious.

The New Delhi railway station has several unmanned entry points with no security cover and no CCTV cameras in the vicinity. Sneaking into the station in full view of the security personnel, people can even cross a police barricade without being stopped.

At a time when trains have become an easy target for both miscreants and terrorists alike, concrete steps need to be taken to bring the lax authorities to get their act together.