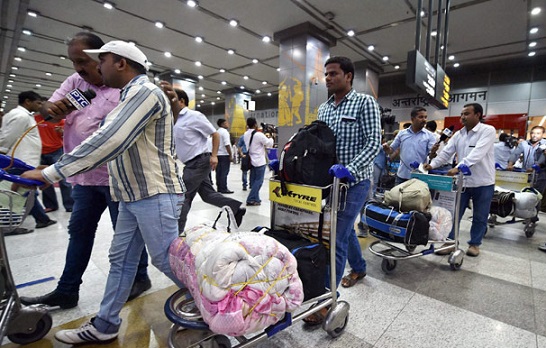 New Delhi: A special chartered flight has brought home 200 more Indians from Najaf in Iraq, a day after 46 Indian nurses returned to Kochi in Kerala. The nurses were held captive by insurgent group ISIS.

There were about 10,000 Indians in Iraq before the start of the war between government troops and al Qaeda splinter group the Islamic State of Iraq and the Levant (ISIS). With the MEA facilitating the rescue operations, an estimated 7,500 Indians in the non-conflict zones have been evacuated.

Fifty Indians, including 39 construction workers held captive in Mosul, are still feared to be trapped in the conflict zones.