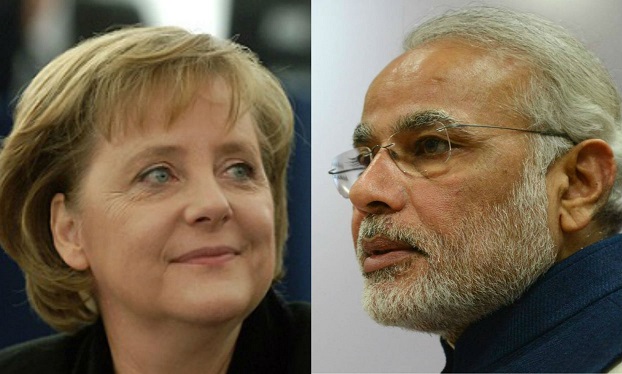 New Delhi: The German ChancellorÂ Angela Merkel is keen to meet the Indian prime minister, and is likely to make the best use of Modiâ€™s stopover at Germany on his way toÂ BrazilÂ for a summit meeting.

Modi’s visit to Frankfurt is likely to coincide with FIFAÂ world cupÂ final in Brazil’s Rio De Janiero. If Merkel meets him, she may miss the football final on July 13, and a chance to see her country’s team play, if it qualifies. TheÂ German teamÂ will take on France on July 4 in theÂ first quarterÂ final.

IndianÂ foreign ministryÂ sources say the PM is leaving for Brazil between July 11 and 13 for the meeting of theÂ BRICSÂ grouping that comprises Brazil, Russia, India, China andÂ SouthÂ Africa.Â  Sources said Modi’s meetings in Frankfurt are yet to be decided, and the possibility of a meeting with Chancellor Merkel “is being looked at.”

Modi and all other BRICS leaders have been invited toÂ watch the WorldÂ Cup Final, besides President Barack Obama and Chancellor Merkel. The PM may not watch FIFA final, according to External Affairs Ministry sources.Â

Reports say annual trade betweenÂ IndiaÂ and Germany is pegged at over 18 billion euros orÂ RsÂ 1,46,700 crore.Â  The PM is expected to pursue his policy of inviting foreign powers to invest and create assets in India, especially with Germany, one of its biggestÂ trading partners.

The next day, the heads of five big emerging world economies â€“ Brazil, Russia, India,Â ChinaÂ and South Africa, together known as BRICS â€“ will meet in the eastern BrazilianÂ port cityÂ of Fortaleza.