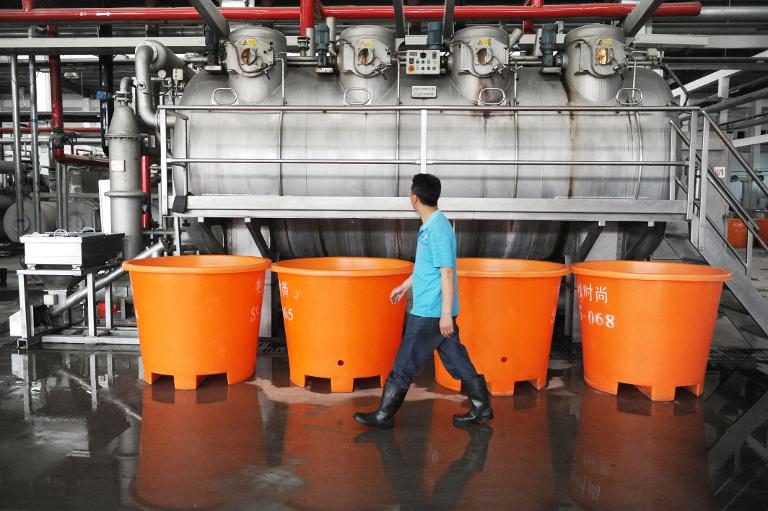 China’s manufacturing activity expanded in June for the first time this year as the effects of Beijing’s mini-stimulus on the world’s second-largest economy gradually kick in, HSBC said on Monday.

The bank said in a statement that its preliminary purchasing managers index (PMI), which tracks activity in China’s factories and workshops, came in at 50.8 this month, the highest since November’s identical figure.

It was also the first time since December that the index has been above the 50-point break-even level, suggesting the sector is expanding, according to data compiled by financial information services provider Markit and released by HSBC.

The indicator is a closely watched gauge of the health of the Asian economic powerhouse and key driver of global growth.

“The improvement was broad-based with both domestic orders and external demand sub-indices in expansionary territory,” HSBC economist Qu Hongbin said in the statement.

“This month’s improvement is consistent with data suggesting that the authorities’ mini-stimulus are filtering through to the real economy.”

With growth slowing this year, Beijing has since April announced a series of measures to bolster growth, including tax breaks for small enterprises, targeted infrastructure outlays and incentives to encourage lending in rural areas.

In the first three months of 2014 China’s economy grew 7.4 percent, weaker than the 7.7 percent in October-December and the worst since a similar 7.4 percent expansion in the third quarter of 2012.

“Today’s PMI reading is the latest sign that, in some sectors at least, downwards pressure on growth has largely eased,” said Julian Evans-Pritchard, an analyst with research firm Capital Economics, in a report.

Premier Li Keqiang in March announced a growth target of “around 7.5 percent” for this year.

But the government indicated the target was flexible to a certain extent as long as the job market was stable, and it has publicly ruled out a massive stimulus similar to that seen during the global financial crisis.

Qu said in the HSBC statement that the employment sub-index, which has been indicating decreases, showed “signs of stabilisation”, adding the bank expected the government to maintain its “accommodative policy stance” until the recovery was sustained.

The Chinese Premier at a meeting earlier this month labelled achieving the annual growth target as an “inescapable responsibility” of local governments, urging “no delay” in action.

“As Beijing is determined to deliver stable growth with a slew of mini-stimulus measures… we observed a bounce-back of confidence in the economy which will help bolster demand,” Bank of America Merrill Lynch economists Lu Ting and Zhi Xiaojia said in a research note.

“We expect Beijing to continue rolling out more measures to stabilise growth,” they said.