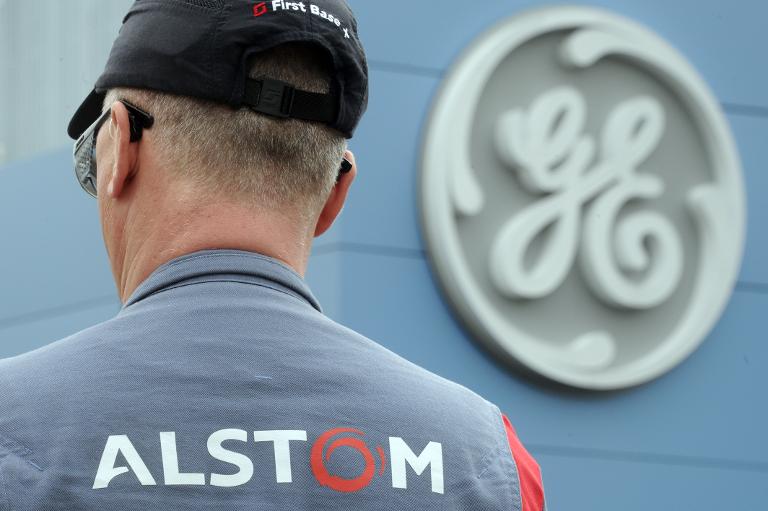 General Electric on Thursday sweetened its offer for French power-to-rail group Alstom to win the government’s backing for its bid over a rival offer by Siemens and Mitsubishi.

While GE did not raise its 12.35 billion euros ($17 billion) bid, it made several changes including a government veto over sensitive nuclear energy technology, and GE chief executive Jeff Immelt said the deal would ensure that France remains a European leader in the energy sector.

“France will have one of the most complete energy capabilities of any country in the world and certainly in Europe,” Immelt told journalists during a visit in Paris where he is trying to drum up government support for the deal.

“This is the company’s biggest investment ever.”

GE and Siemens-Mitsubishi are both eyeing the beleaguered French company, which feels that neither its energy businesses — which range from wind power to turbines for nuclear reactors — nor its transport unit that makes France’s TGV high-speed train is large enough to compete globally.

Thursday’s move marks a step-up in GE’s effort to clinch the Alstom deal after German engineering group Siemens and Japanese firm Mitsubishi Heavy Industries (MHI) on Monday together put forward a takeover proposal for Alstom that they said was worth 2.0 billion euros more than GE’s.

GE’s new offer is “significantly improved than the previous one,” said French Finance Minister Michel Sapin, on the sidelines of a Eurogroup meeting in Luxembourg.

“Fortunately we reacted so that the offers could evolve in the company’s and in France’s best interest,” he said.

Alstom originally approached GE, but when the Socialist government of President Francois Hollande learnt of the advanced talks to sell 70 percent of power business, it objected on the grounds that jobs and decision-making could be lost.

It encouraged Germany’s Siemens to make a counter offer, hoping that a Siemens-Alstom tie-up would create a global-scale European group.

MHI would invest in Alstom, and become a minority shareholder in three joint ventures which the Japanese company invited the French government to take stakes in.

Siemens also suggested putting its railway equipment division under the control of Alstom to form a leading world rail group.

The bosses of GE, Siemens and MHI are due to meet Hollande separately on Friday.

GE and Siemens have both already had talks with Hollande for whom the fate of Alstom, a top name in French industry and a strategic supplier to the French nuclear power industry, is a hot issue.

Hollande is battling to reduce a huge trade deficit and record unemployment, and as an employer of 18,000 people in France out of a total 90,000 worldwide, Alstom is clearly of importance.

While the French government has appeared to favour the Siemens-MHI offer, several analysts have warned it would lead to breaking up the company.

GE’s improved offer sought to allay some of the government concerns.

It also proposed creating joint ventures in the power grid and renewables sector, as well as the steam turbines for nuclear power stations and nuclear power servicing.

Immelt said the offer “creates jobs, establishes headquarters decision-making in France and ensures that the Alstom name will endure.”

GE also pledged to create 1,000 new jobs in France, as has Siemens-MHI.

Immelt said GE always recognised that the French government would want some influence over the nuclear business.

“We view that as quite appropriate given the sensitivity of this and we’re quite comfortable with this,” he said.

GE’s offer for all of Alstom’s power-generation business is valid until Monday.

“We still think this has a very high return on investment — it will boost earnings very substantially in 2016,” said the GE chief executive.

“From what we’ve seen of the outlines of the (improved GE) offer, its financial aspects and industrial partnership, from all points of view ours is superior,” Christophe de Maistre told AFP.