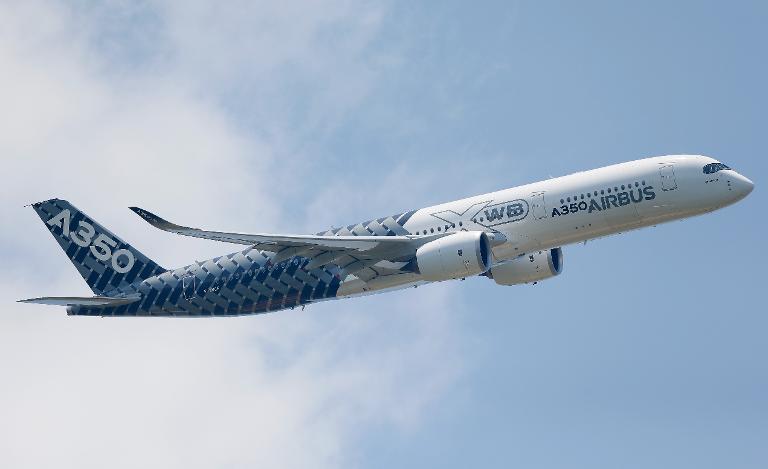 Emirates airline delivered a huge blow to European aerospace group Airbus on Wednesday, cancelling an order for 70 new-generation A350 airliners, which analysts estimate represents about a tenth of the aircraft maker’s 2014 orders.

The long-distance aircraft, due to go into service this year, is the Airbus flagship project of the moment to compete with the Boeing 787 which has been flying since 2011.

The size of the cancellation is the biggest-ever by a prestigious customer for a civil airliner.

Airbus said that the cancellation followed an order placed by Emirates at the Dubai air show in November for an extra 50 A380 superjumbo planes.

The cancellation decision was made following “on-going discussions with the airline in light of their fleet requirement review”, Airbus said.

The deal was said to be worth $16.5 billion (12 billion euros) when it was announced in 2007, but Airbus said that customers were already interested in taking up the cancelled aircraft.

The sudden announcement by Emirates, a powerful player in the expanding Gulf airline industry, sent Airbus Group shares down more than five percent at one point.

They were showing a loss of 3.3 percent to 52.11 euros in afternoon trading in Paris market down 0.82 percent overall.

And in London, aero-engine maker Rolls-Royce warned that the decision would cut the value of its order book by 2.6 billion pounds (3.2 billion euros, $4.3 billion).

The cancellation “amounts to eleven percent of orders which Airbus expects to take in 2014,” said analyst Christophe Menard at brokers KeplerChevreux.

The airliner business accounts for the main part of activities by Airbus Group, formerly EADS, and the head of its sales division John Leahy said: “It’s not good news commercially but it has no impact financially.”

Opening an innovation show by Airbus at its headquarters in Toulouse, Leahy, who has played a major role in the rise of Airbus over the years, said that he had time to find other customers for the cancelled planes which were due to be delivered from 2019.

He had only just heard of the cancellation, he said, so the decision was not a direct counter-balance to the order placed in Dubai.

“I am amazed that we already have enquiries, there is already a queue of people,” he said.

An Emirates spokesman said: “The contract which we signed in 2007 has lapsed. We are reviewing our fleet requirements.”

Menard said that in all probability, Emirates had decided to streamline its fleet and focus on the Airbus A380 and the Boeing 777 series.

But US-based analyst Addison Schonland with the with AirInsight consultancy called it “strange”, asking “how could the huge order from a few years ago now be a total error?”

He said a reduction would be have more plausible given the new 777 models under development and the A350 near entering in service.

Analyst Scott Hamilton at Boeing’s home base in Seattle in Washington State noted that the cancellation could leave a gap in the Emirates fleet, which would give Boeing an opportunity to sell its 777-300R model which is available for delivery from 2017.

Airlines have been making massive aircraft orders in anticipation of a pick-up in air traffic as advanced economies recover from a slump and with emerging economies expected to deliver a boost in demand.

The future Boeing 777 models and the Airbus A350 are competitors in what is known as the medium, twin-engined segment, the heart of the market, said Hamilton.

Airbus added that it was still very confident in the A350, with a fuselage made largely of composite materials, and noted that it had orders from 28 airlines for 742 aircraft six months ahead of the plane entering service.