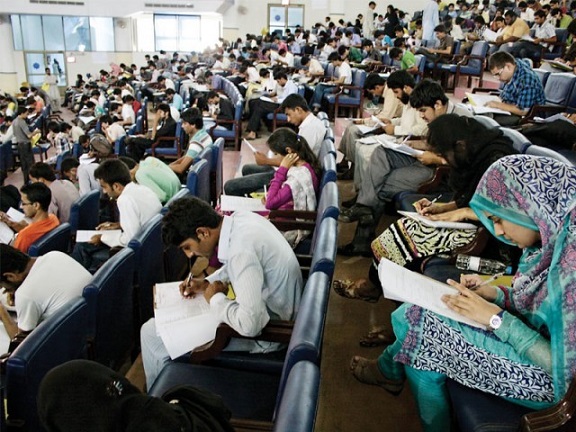 “Every candidate appearing for the examination, who is otherwise eligible, shall be permitted six attempts (two more than earlier four),” said a notification issued by UPSC for the Civil Services Examination, 2014.

There is, however, no restriction on number of attempts by a candidates belonging to the Scheduled Caste (SC) and Scheduled Tribe (ST) categories. And as many as seven attempts are permissible to aspirants belonging to Other Backward Classes (OBCs), the notification said.

There will also be consequential age relaxations from this year onwards. A candidate between the age group of 21 and 32 years as on August 1, 2014 can take the prestigious exam. According to the notification, a candidate “must have been born not earlier than August, 2, 1982 and not later than August 1, 1993” to take the exam.

The Civil Services (Preliminary) Examination, 2014 will be held on August 24. The examination is conducted in three stages — preliminary, main and interview.

The number of vacancies to be filled through the examination is expected to be approximately 1,291, which includes 26 reserved for physically handicapped category, the notification said.

The upper age limit of 32 years is also relaxable by five more years for candidates belonging to SC and ST categories, three years for OBC candidates, and five years for people who lived in Jammu and Kashmir during the period between January 1, 1980 and December 31, 1989, among others.

The deadline for filling online applications is 11.59 pm on June 30, after which the link will be disabled, the notification said. “The applications for the main examination will be called sometime in the month of September/October, 2014,” it said.