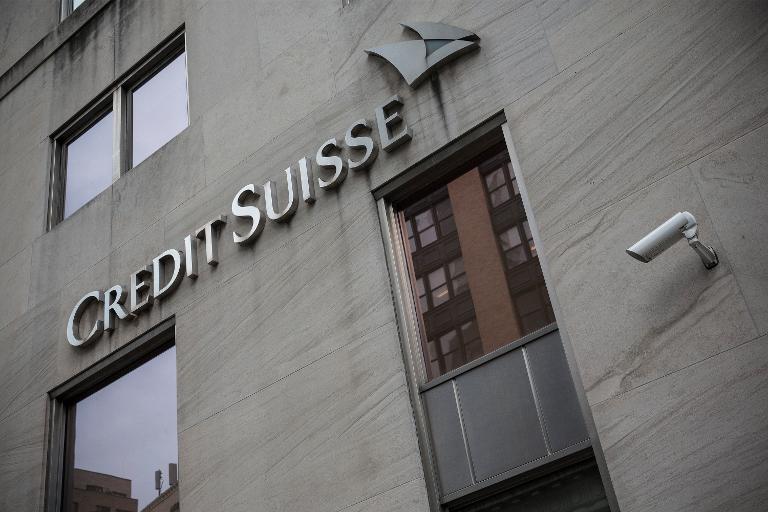 Credit Suisse pleaded guilty and was fined $2.6 billion for helping Americans avoid taxes, the first time in 20 years a major bank has been punished on US criminal charges.

US authorities said the “brazen” Swiss bank, one of the world’s largest wealth managers, helped thousands of rich people hide money in accounts under false names and in fake foundations for decades.

In one case, a wholly owned subsidiary of the bank had been used to hide money from US tax collectors for more than a century.

In a negotiated deal, Credit Suisse admitted guilt on one felony criminal charge of conspiracy to aid tax evasion. As part of the deal it can continue operating in the United States without fear of losing its license.

“This case shows that no financial institution, no matter its size or global reach, is above the law,” US Attorney General Eric Holder said on Monday.

“When a bank engages in misconduct that is this brazen, it should expect that the Justice Department will pursue criminal prosecution to the fullest extent possible, as has happened here.”

“Hundreds of Credit Suisse employees including at the manager level conspired to help tax cheats,” said US Attorney Dana Boente, accusing the bank of going to “elaborate lengths.”

Credit Suisse confirmed the terms of the deal in a statement, with bank chief Brady Dougan saying: “We deeply regret the past misconduct that led to this settlement.”

The fine is the largest so far in a sweeping, years-long US push to force Switzerland to stop serving as a tax haven.

Thirteen other Swiss banks have been targeted in similar probes, and 100 others have been pressed to cooperate with US authorities and pay penalties for helping clients avoid US tax laws.

Eight Credit Suisse employees have been indicted, and two have pleaded guilty, though none of them top executives.

Switzerland said Monday it received news of the Credit Suisse settlement with “satisfaction.”

US officials said the effort has persuaded 43,000 US taxpayers to disclose offshore assets and pay more than $6 billion in back taxes.

The $2.6 billion the bank has agreed to pay includes $1.8 billion in fines and restitution to the Internal Revenue Service (IRS), the US government tax collector.

In addition, the bank will pay $715 million to the financial services regulator of New York, where the bank is primarily licensed, and $100 million to the Federal Reserve.

In February, Credit Suisse also paid $196 million to the Securities and Exchange Commission for violations.

“Pursuing international tax evasion is a priority area,” said IRS Commissioner John Koskinen. “We will continue to follow the money here in the United States and around the world.”

The case stood as a warning to US tax payers, as well as to major financial institutions.

US justice authorities have been under great criticism for not prosecuting large banks especially for acts that led to the 2008 financial crash.

While no US banks appear at the moment to be facing criminal charges, authorities are reportedly negotiating a prosecution deal with French Bank BNP Paribas over business it allegedly did with Iran, Sudan and other countries in violation of US sanctions regimes.